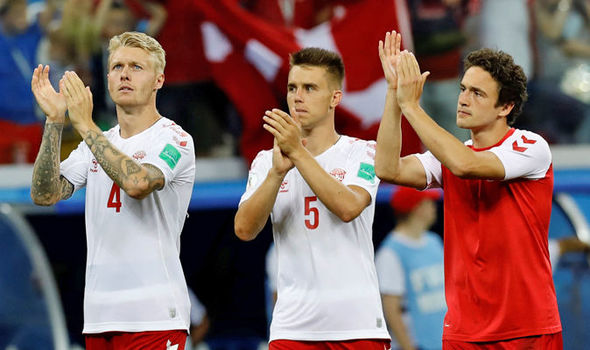 One of the most interesting fights in the upcoming battles of the League of Nations is against the Wales and Denmark teams. Both teams are part of the League In Group 4 of the race. Before the match Denmark was second with 4 points in 2 matches, while Wales was the leader with 6 points in 3 games. Last in this group is Ireland, which has 1 point.

The news from the camp of Wales

Since the beginning of the tournament, Wales recorded two victories and one defeat, as the victories came against the Irish team in both matches and the loss was on Denmark’s visit. Between these matches Wales recorded a defeat of 1-4 from Spain. All major players in Ryan Giggs will be at his disposal for the battle.

The news for Denmark

The Danes have played only two games so far in the tournament. They won 2-0 at home against Wales and scored a draw against Erie. This gives them great chances for the first position, because even at a draw in the upcoming match, Denmark has a chance for the first place in a success against Ireland in its last match in the group. In addition to these two fights, in the last two months, the Red Dynamite recorded another loss from Slovakia in September and a success over Austria at home a month ago in friendly matches. All major players will be online.

There are 9 games in the clash between them. In Denmark Denmark has won more – 5 to 4. In the match between them 2 months ago Denmark won without much problems with 2-0 against the “dragons”, but in the upcoming match will be more difficult. The last official match between them in Wales was in 1999 when Denmark won 0-2. There is a tough game for both teams who will be looking for the three points that rank first in this group. Wales also have the home advantage at the match, but Denmark is not a lightweight rival. Our opinion is that this meeting will end with a few hits. Under 2.5 goals in the match is our main forecast. As for the final result, we will point to equality.