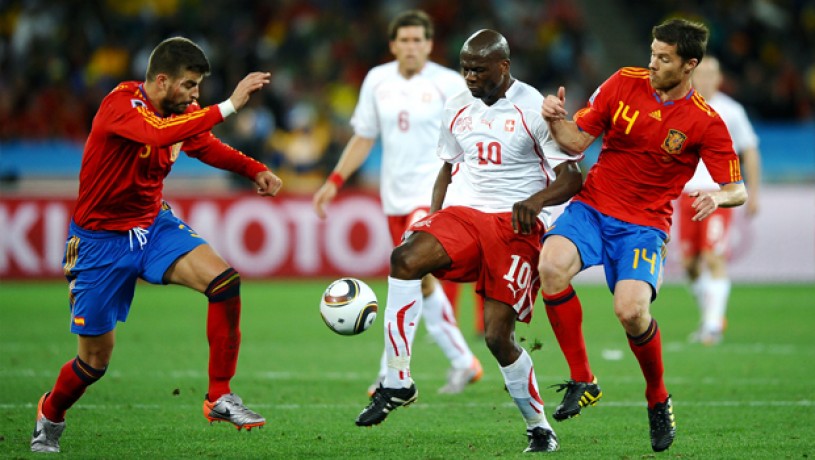 Switzerland hosts Spain in Basel in a match from League A’s Group 4 in the Nations
League. Let’s provide you with some football betting tips this weekend for this clash at the
St. Jakob-Park.
What is Spain’s current situation in this group? Well, they are completely fine because they
are leading it with 7 points win – one more than Germany and Ukraine. They are leaders
despite their surprising 0-1 defeat against Ukraine in the previous round of the Nations
League.
What happened in Kiev was Spain’s first loss in the Nations League for this season. The
manager Luis Enrique took some interesting decisions regarding his line-up, but they didn’t
turn out to be very successful. In the second half Lucho put players like Dani Ceballos,
Mikel Oyarzabal, Ferran Torres and Dani Olmo on the pitch, but nothing improved really.
Luis Enrique’s biggest problem at the moment is the injury of the young ace Ansu Fati.
Barcelona’s striker got injured during the weekend and it’s expected to see him missing for
few months. Obviously he won’t be playing in Spain’s next few games.
Switzerland are at the bottom of Group 4 with just two points won so far. The Crusaders
have some theoretical chances to reach the third place in the group, but thet need to win
at any cost againts Spain on Saturday to keep these chances alive.
In their last game Vladimir Petkovic’ boys won their second point in this group. Switzerland
played a terrific game in Germany and made a 3-3 draw against the Mannschaft. Mario
Gavranovic scored twice for the Crusaders while Remo Freuler scored once as well.
That’s our football betting tips this weekend for the Nations League game between
Switzerland and Spain on Saturday. It’s obvious that La Roja are favourites here – they are
better and they are leading this group. But be careful – Switzerland played a very good
game against Germany in the previous round.